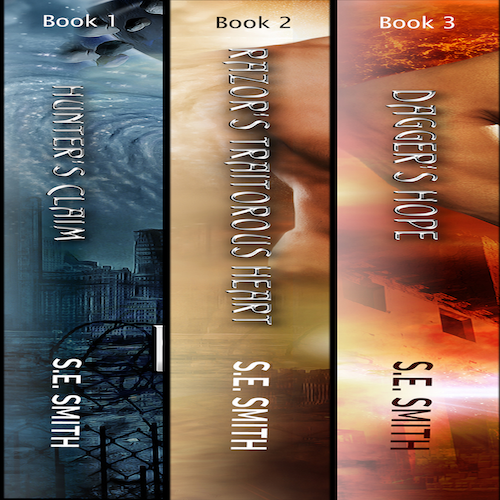 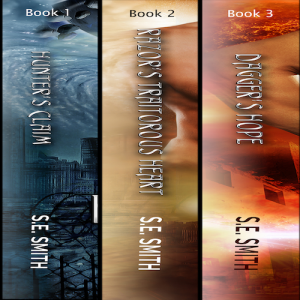 Sexy hot, full of action and adventure, three dimensional worlds filled with characters you fall in love with--what more can a reader ask for?! These stories bring to life heroines who are strong, smart, and innovative and heroes who are pure alpha with a vulnerability that will melt your heart. Fast-paced, the stories always contain twists and turns when you least expect them and will keep you turning the page to find out what happens next.

Four years ago, Earth received its first visitors from space, and the planet was thrown into a panicked chaos. The Trivators came to bring Earth into the Alliance of Star Systems, but now they are forced to take control of Earth to prevent the humans from destroying it in their fear.

Hunter's Claim: USA Today Bestseller! Jesse and her two younger sisters, Jordan and Taylor, have seen the savage side of human nature and found that humans are not much different from the aliens who conquered Earth. When Jesse stumbles on an alien in danger, however, she can't leave him to his fate. She escapes his grasp once she frees him, but he is determined to find her and give her a new life, away from this war-torn planet.

Razor's Traitorous Heart: The Alliance is out of patience with the violent hysterics of the Earthlings. Razor has been sent to bring order – by any means necessary. Chicago's factions are proving difficult to quell, and Razor is beginning to think that leveling the city may be his only option, but when a shadow warrior saves his life and disappears, Razor finds himself torn between duty and something he is unfamiliar with, his heart.

Dagger's Hope: USA Today Bestseller! New York Times Bestseller! When they first met, Dagger saved Jordan's life. Now it's her turn to save him, no matter the risk. She'll cross the galaxy alone if she has to.

Jesse blew out the breath she had been holding as she watched the sexiest ass she had ever seen walk through the door and out of sight. Only when he had disappeared did she fall back on the bed and lay staring blindly up at the ceiling. She was in trouble. Major, catastrophic, out-of-this-world trouble and it had nothing to do with being on a spaceship heading to an alien world.