First, I want to thank the fabulous S.E. Smith for graciously inviting me to be a guest for her author spotlight!

I love all book genres, especially all types of romance, but there is something about sci-fi romance that captivates me and makes me want to write it. As an author—and also a screenwriter—imagining scenes in a sci-fi/futuristic story are fueled with endless possibilities. While science fiction settings can be daunting to create, I love the freedom that comes with world building from scratch, and conjuring ideas onto a page that only exist in our imaginations. The future is whatever we want it to be, and that is what made the 3013 series so fun to create! 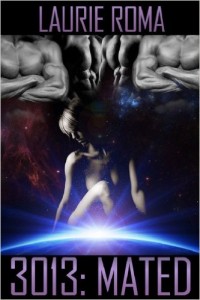 All of the books in this series are set in the future during the year 3013. The first four books are; 3013: MATED and 3013: CLAIMED, written by me, and 3013: RENEGADE and 3013: STOWAWAY, written by Susan Hayes. There are also future books coming from Kali Argent and Jenika Snow, the two other authors that are part of the series. For the authors of the 3013 series, we are able to invent new technology, create new species, and travel the universe—all while focusing on the indomitable force of true love. Each story uses the same world as a backdrop, even though each book has a different leading cast. I am so pleased to share the 3013 world with Susan, Kali and Jenika, and I hope that as the series grows, our readers will fall in love with our world as much as we enjoy writing the books.

3013: SALVATION is Skylar Aris, Arik V’Dir and Dominic Stryker’s story. Skylar was introduced in 3013: MATED, the first book of the series, although her part was very small. This story has been so much fun to work on, taking me to new planets and space stations. Their love story is not an easy one, but ultimately all the trials and tribulations they go through will make their love stronger.

3013: CLAIMED has a special place in my heart. I fell in love with the heroes, Commanders Jax Spartan and Sullivan Archer, while I wrote 3013: MATED. I knew I wanted them to have a woman who could hold her own against them, and Serra Lysander is strong enough to do just that. I love characters that are flawed, who bring their own issues into a relationship because it makes them real. With that said, I’d like to think everyone can relate to the characters in my story, despite the fantastical settings of the 3013 world. Whatever happened in the past or how many obstacles life throws in anyone’s path, everyone deserves love and a chance to find their own happily ever after. Just as I was able to give Jax, Archer and Serra their happy ending, I wish that for all of you. Happy reading, and thank you for joining me on a journey into the future…

Blurb:
As one of Earth’s greatest leaders, Commander Jax Spartan lives his life by a strict code. Dedicated and alpha to the core, he is the epitome of what every Elite solider aspires to be. Second-in-command Sullivan Archer rules by his best friend’s side, and together they form an unstoppable force that few are foolish enough to challenge. Jax and Archer have always known they’d share their chosen, but their hearts have already been claimed by the woman they’ve vowed will belong to them.

Alliance scientist Serra Lysander is a genius who has kept the planet safe with her inventions. She’s lived a sheltered life, separated from society by her brilliant mind and her overprotective mother. The only time Serra has truly ever felt accepted is with the two men that will cost her everything…

When danger leads Serra straight into the arms of Jax and Archer, they will do anything to keep her safe, even claiming her despite the fact she is off limits. With the future of the Alliance on the line, will their love and dedication be enough to save them, or will they be too late to stop the growing threat from destroying them all?

A Little Bit About Laurie:
Laurie Roma lives in Chicago and mainly writes contemporary, romantic suspense, and sci-fi romance. She has always loved immersing herself in a good book and now enjoys the pleasure of creating her own. She can usually be found tapping away on her keyboard, creating worlds for her characters while she listens to music. Of course her playlist depends on her mood…but then again, so does her writing.

An avid reader of the romance genre, nothing bothers her more than annoying characters. Seriously, who wants a happy ending for someone that pisses you off? She loves tough alpha-male heroes and strong heroines that have brains as well as beauty. Her novels are filled with both passionate romance and down and dirty lust-driven interludes, as she believes both are essential to a good love story. She loves to hear from her readers and can be reached at laurieromabooks@gmail.com.

A Touch of Mayhem 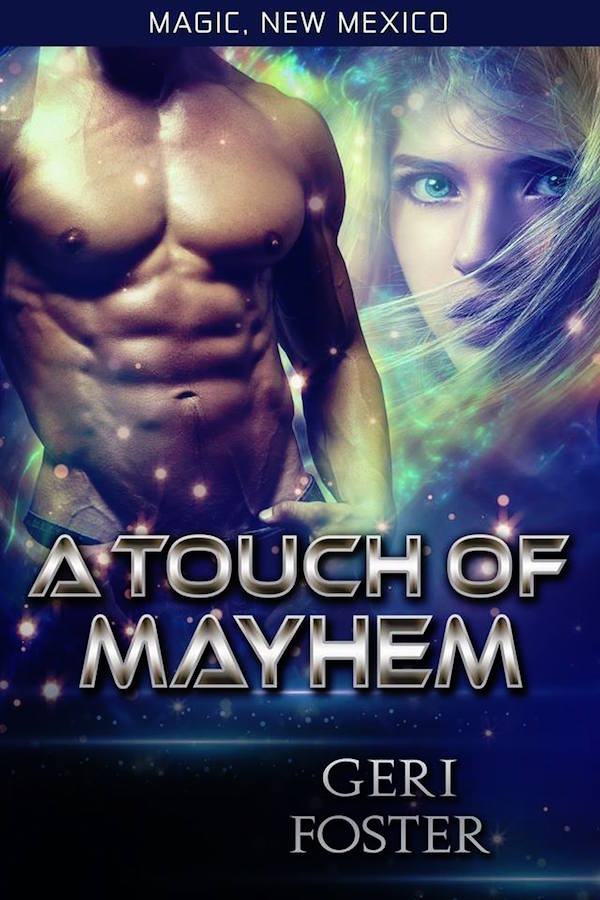 One Mystic, One Princess, a Prince and a High Commander can only mean one thing in Magic, New Mexico… chaos!

Penelope Stubblefield, aka Mystic Star, is hiding out in the small town of Magic, New Mexico. For her, it is a great place to start over in a town where the residents are even stranger than her. What she doesn’t expect is the sudden appearance of a man claiming she is an alien Princess!

Altair, High Commander of the Vion, is sent on a mission by his king to recover the wayward princess that has disappeared and return her to Vion so that a union between his son, Prince Ronic, and Mystic Star can seal the union between his world and hers. Mayhem ensues, when Prince Ronic joins Altair on his quest.

Two women, one the real Mystic Star, one not, a town full of strange beings, a warrior bred not to love, and a curious alien prince lead to a calamity of misunderstandings when the real Mystic Star shows up. Can Penelope convince her alien visitors they have the wrong girl before she finds herself wed to the Prince when her heart belongs to another? Only the Fates know!

A Touch of Patience 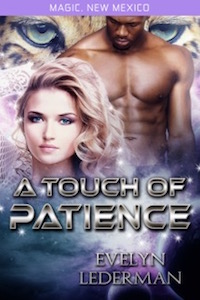 Patience ‘Pati’ Harper does not possess the virtue her name depicts. She is the last witch in her family’s line and feels pressured to bear a child, even though her temperament does not result in many second dates.

Being only one-quarter jaguar changeling, her inability to shift almost brought her ancestral line to an end when she was almost killed in her teens.

Danyal Zabare, a jaguar shifter, who grew up hearing stories about soul mates and is determined to settle for nothing less. He recognizes Patience as his mate the instant he lays eyes on her. Leaving everything behind, Danyal follows her through a portal to an unknown world.

Confronted with her past and a man claiming to be her future, Pati must evolve into what destiny demands. Will Pati’s magic be strong enough to save her and two innocents from the violence of her past?

My name’s Anna Hackett and I’m passionate about action romance. I love stories that combine the thrill of falling in love with the excitement of action, danger and adventure. Stories like those in The Alliance books (by a certain sci-fi romance author we all know!), and Ruby Lionsdrake’s Mandrake Series, Nalini Singh’s Psy-Changeling series, and anything by Linnea Sinclair.

I’m a big reader. I was a reader long before I was a writer. It was my love of reading action-packed romance that inspired me to start writing it…and science fiction romance lets me find that perfect blend of action and romance, along with a cool world, hunky heroes and smart heroines.

I was inspired to write my first science fiction romance series because I wanted to write an Indiana Jones-in-space adventure. The idea took hold and wouldn’t let me go. The Phoenix Adventures was the result—adventures of some treasure-hunting brothers searching for relics from a now-destroyed Earth. And it went on to win a SFR Galaxy Award for Most Fun New Series!

It’s always a challenge to get the right balance of action and romance. No matter how many cool action scenes, fight sequences and awesome narrow escapes I dream up, my priority is to always give my readers a satisfying romance. For me, the best adventure is watching two strong characters fall in love.

Right now, I’m busy working on my newest series, Hell Squad. I’ve been having a blast writing these books. This is an alien invasion sci-fi romance series based on a tough team of commandos fighting for humanity’s survival. The heroes are sexy alphas and their smart heroines are also doing their bit to help save the world.

Now I have a giveaway for you! Over at my website, I’m giving away a FREE copy of the latest Phoenix Adventures novella, On a Cyborg Planet, for a limited time (yes, sexy cyborgs ahead).

Visit here to grab your copy:

And I’m always on the lookout for more great action-packed romances. If you have any recommendations for me (authors, series or books) please let me know and shoot me an email at anna@annahackettbooks.com

Science Fiction Romance – Why Is It So Popular? 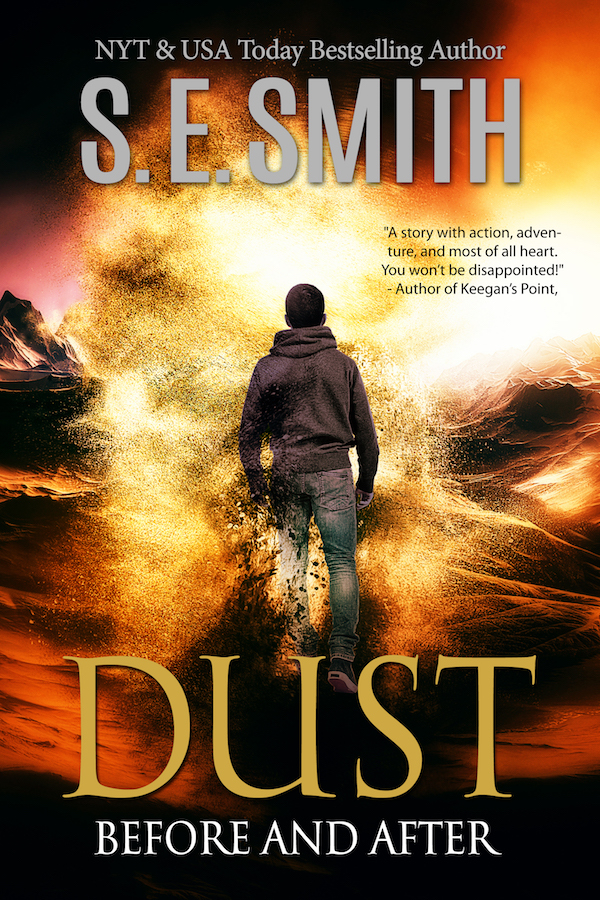 Science Fiction Romance (SciFiRom) is a growing genre. It was interesting to see that up until about five years ago, there were actually very few authors that wrote it. Science Fiction (SciFi) has always been one of those areas where it is either pure science or pure fiction, but seldom was romance mixed into the storyline as the main concept.

I think one of the best examples of Science Fiction starting to cross the boundaries was Star Trek. There was the SciFi mixed with action, adventure, and the occasional romance that made viewers want more. Then, there was Star Wars. This was an epic romance without viewers realizing as it contained a love story that would eventually help shape how the entire saga came about.

Today’s SciFiRom is bolder, fresher, and filled with more of everything viewers have been wanting: action, adventure, suspense, humor, and yes, ROMANCE! It is okay for aliens to be the good guys and for humans and aliens to fall in love and go on fantastic adventures that we can only do in our imaginations.

Just like Star Trek, Star Wars, and many other sci-fi movies, the physics behind space travel and conquering vast distances, language barriers, and the evolution of the living form doesn’t have to be completely and utterly scientifically explained. No, some of it can just be accepted as it can happen.

It really isn’t such an unbelievable stretch of the imagination. Look at the technology we have now that at one time was only featured in stories or in movies – sliding doors and cell phones, anyone? No, today’s amateur astronomers are out searching along with the universities and governments for life out among the stars. The more we learn, the closer we get to understanding the possibilities that there really is life out there somewhere.

So, that brings about the question – Why does writing SFR work? The answer is easy, really. If you write a story that draws the reader into it, and make it seem plausible, the readers will follow your characters to the ends of the universe and beyond. I know there are others out there, like me, that believe deep down that we aren’t alone. Besides that, who doesn’t love a great romance?