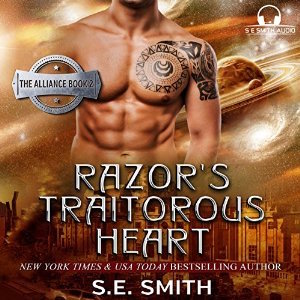 Interview with Veronica Scott – Get To Know Her

Thanks for having me as your guest today! I love being the New Year’s Babe (uh, that was ‘babe’, right, not ‘baby’ LOL?) Happy 2015 at any rate and I’m honored to be here!

For those who haven’t met me, I’m a writer of science fiction romance, as well as ancient Egyptian paranormal romances; a voracious reader myself; a columnist for the USA Today Happily Ever After blog; wearer of long blingy earrings; lover of cats; mother to two and Gramma to one. Oh, and a totally addicted Twitteraholic. My day job is in the aerospace industry.

I started writing at the age of seven, a self-illustrated tale of princesses, flying cats and unicorns. Dad was a science fiction fan and gave me my first Andre Norton book at a young age, which I really think shaped my entire writing career from that moment on. Mom loved ancient history so we had all the sword and sandal novels and Time-Life books about Egypt, Greece and Rome. It seemed there were never enough SFR books to read (or novels set in ancient Egypt), so I started writing my own, but didn’t seriously pursue getting published until after my daughters were grown. I wrote PRIESTESS OF THE NILE in 2011, sent it off to the Carina Press slush pile and a few months later got The Call from Angela James. Now I self-publish both the SFR and the ancient Egyptian novels. Control freak here, love self-publishing!
I have a great support team of independent editors, cover artists and formatters, as well as a terrific audiobook narrator…. 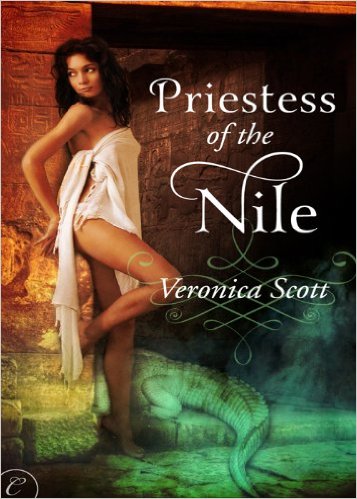 I like to create fully formed worlds containing their own mysteries and back story. I try to give the reader glimpses during the adventures, hopefully just enough to leave you wanting more. For the SFRs, which occur in a future galactic civilization called the Sectors, I ask myself “why this” and “how does that” and “if I lived on this planet what would I…” The novels may be science fiction, based in a technological, galactic civilization but I want there to be that element of something else, something mystical, that can’t quite be explained. By anyone!

The romance is really important to me when I’m reading a novel, and I love a strong heroine as well as an alpha male hero, so that’s what I write. Two of the heroines in my three published SFR’s to date are intergalactic businesswomen who don’t wait for anyone to rescue them, and who want to be equal partners insurmounting the danger and living the adventure. The third is a blind princess who surprises everyone with her strength in a crisis. The heroes in my books are Special Forces soldiers of the future, each with his own personal challenges, but courageous and caring – there’s nobody better to have at your back in a crisis.

WRECK OF THE NEBULA DREAM is a loose retelling of the Titanic, set in the far future…

ESCAPE FROM ZULAIRE is a story of a woman trapped behind enemy lines in an unexpected alien war, and the soldier charged with rescuing her…

MISSION TO MAHJUNDAR is about the blind Princess of Shadows and a soldier whose mission on her planet had nothing to do with saving her, until they fall into a forbidden love….

You can find out more about my books on my blog at http://veronicascott.wordpress.com/ They’re available as e books at all the usual online retailers and can also be ordered as paperbacks from Amazon. (Except for the two Carina Press Egyptian paranormal which are ebook only.) WRECK and ESCAPE are also available as audiobooks. The books are standalone and can be read in any order.

You can find me on:

« Previous 1 … 51 52 53
We use cookies to ensure that we give you the best experience on our website. If you continue to use this site we will assume that you are happy with it.OkRead more