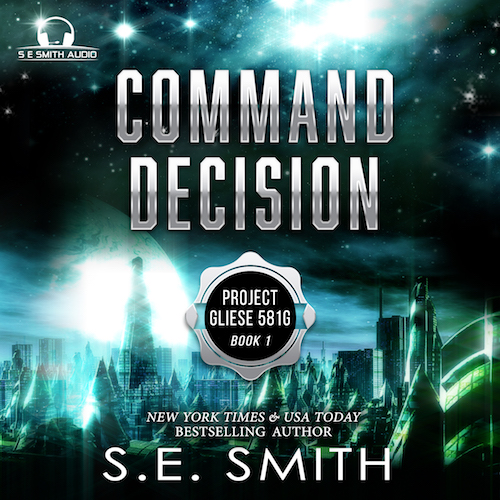 Action, adventure, suspense and romance ignite when an alien gateway is found and an Earth crew is pulled through it. Caught in an alien war, a Navy commander must not only find his missing crew, but protect the woman he loves.

Seeking answers we are not yet ready for…

​Lieutenant Commander Joshua Manson’s career has taken him to many places, just not the one he has always dreamed of going – into space. His sometimes controversial methods during missions have given him a reputation as a rule-bender, so when Josh receives a summons to Washington D.C. after a challenging mission, he worries that soon he won’t have a career at all. Once there, though, Josh is offered the chance of a lifetime, command of a mission investigate an unknown object in space. The more he learns, the more determined he is to do this, even if it means a one-way ticket.

​Cassa de Rola’s family has lived for centuries in the quiet valley where they farm. She fervently hopes their valley will stay quiet, but the growing unrest between intergalactic forces makes it unlikely that her family will remain untouched for much longer. When an unusual object falls from the sky and Cassa finds a strange male in the container, she knows that taking him in will endanger the lives of everyone close to her, but she can’t leave him defenseless.

​Both sides of the coming war are determined to discover the origins of the escape pod that crashed on the de Rola farm and find whoever was inside. The dominoes fall, and when the fight between the Legion and the Gallant Order escalates, a new rebel leader emerges from the stars that will change the galaxy, and Cassa’s life, forever.

“Good morning. Thank you for taking time off of your busy schedules. This morning, I’m happy to welcome the last two members to our team,” Lydia announced, glancing at Josh and Ash for a moment before scanning the group. “Lt. Commander Joshua Manson will be the commander of the Starship Gliese 581 while Lt. Commander Ashton Haze has been chosen as the pilot. Gentlemen, I’d like to introduce you to the rest of your crew. You’ve already met Julia. She is a Mission Specialist and will provide navigation and contact support. While both Mei and Sergi are new to the crew, they are not new to Project Gliese 581g. Dr. Mei Li Hú is from the Chinese space agency. She is a Mission Specialist with a background in computer science, biology, and environmental systems. The last member of the team is Sergi Lazaroff. His specialty is in mechanical engineering, payload, and weapons.”

“Weapons?” Josh asked with a frown as he glanced at the spec sheet in front of him of the Gliese 581. “Will the Gliese be equipped with a weapons system?”

“Only in Sergi’s dreams,” Mei interjected, drawing laughter from everyone.