How Stories Influence Our Lives 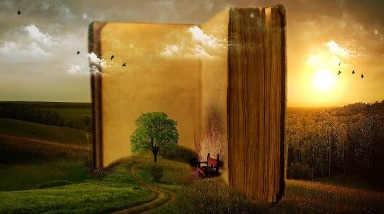 Stories are a collection of a person’s experience gathered together and bound into sweeping tales that others can identify with on a wide scale ranging from simple entertainment to life changing. If I were to ask you to think back to the first story that influenced you, what would it be? How did it affect you? What type of change came about from reading this story?

That is a lot of questions, but they are important ones. Stories can have a very powerful influence and as an author, I have to recognize that power. Everyone is familiar with non-fiction books that focus on self-awareness, self-improvement, and ways to make your life better, but what about the influence of fiction books designed for entertainment? How can they influence your life and make it better? More questions! Mm, I’m beginning to see a pattern here. Let’s see if I can give you some insight as to how just one story influenced my life over the years.

What is the first story that influenced me?

This is an easy one for me. Many of my readers may have seen references to this story in several of my books. Which book had such an impact that almost half a century later I still refer back to it? It is The Secret Garden by Frances Hodgson Burnett that was published in serial format in 1910 and published in its completion in 1911. There are several reasons why this unusual children’s story had such an impact on me which I’ll explain below.

How did it affect me?

My dad read me this story for the first time. We have pictures of the two of us, sitting on the couch in the family room. Maybe that is a big part as to why it is so special to me. I can still hear his voice when I read it, feel his warmth next to me, and get lost in the magic of Mary Lennox, Colin, and Dickon. I’ve read that book every year since I learned to read. I could relate to Mary. I wasn’t very strong as a child. I was sick a lot and spent a fair amount of time in the hospital. I was also very quiet and loved to be outdoors, perhaps because of being sick. I fell in love with Dickon. His calm look at life and his love for animals reflected my own. I wanted to get lost in a magical secret garden on the moor and never come out. At times, I still do. This story captured my attention. I felt Mary’s anger and confusion. I realized that she was acting out because all she really wanted was to know that she was important and meant something to someone.

What type of change came about from reading it?

A good part of the change that came from this story was the belief that there was a place for me out in the world. I wanted to write a story that held the same feelings, that gave the same hope, that this book gave to me. I wanted to capture the magic inside the pages and live it in my own life. It also gave me hope that one day I wouldn’t be sick anymore and I could run and play. As an adult, I look at Mary and Colin’s strength to overcome and Dickon’s gentle understanding of the world around him and know that I have those same qualities inside of me.

Was it just for entertainment?

I know that my dad read me the story for simple entertainment, but it was more than that to me. It was a connection to him, an understanding that life was filled with challenges, and the importance of family and friendship. It was a story that left me feeling strong and happy at the end. One that filled me with hope. When I think of this story, it is as if the characters are real, so for me it was more than entertainment.

How did it influence my life?

I can’t say that the book has made me who I am, but it has had an influence on who I’ve become and my own writing to a big degree. I want stories that are magical when you read them. I’m not talking paranormal magic, necessarily; but, magical in the way they make a reader feel when they are finished with a story. I try to see others in a positive light. Some people call me a Pollyanna. I’m good with that. I don’t mind looking at the world with rose-colored glasses on. One thing is for sure, The Secret Garden helped me decide on what types of books I enjoyed reading.

Did it make my life better?

Any book/story that has a positive effect on you makes your life better. The Secret Garden gave me an appreciation and love for reading that I might not have had otherwise. Reading is so important, yet it can also be one of the most difficult skills to learn how to do. I didn’t learn how to really read until I was in the sixth grade. It was very, very difficult for me to learn. The letters and the sounds just didn’t make sense. At times, I still have a lot of trouble. Because of it, reading was not something I enjoyed doing. It took a story that could capture my heart to make me want to learn to read. It also opened up millions of new worlds to me that I would have otherwise never known. So, yes, my life is much, much better because of a simple story about a little girl who lost everything and found herself living a new and magical life on an English moor.

I’d love to hear which story influenced you the most!

S.E. Smith is a New York Times, USA TODAY, International, and Award-Winning Bestselling author of science fiction, romance, fantasy, paranormal, and contemporary works for adults, young adults, and children. She enjoys writing a wide variety of genres that pull her readers into worlds that take them away.