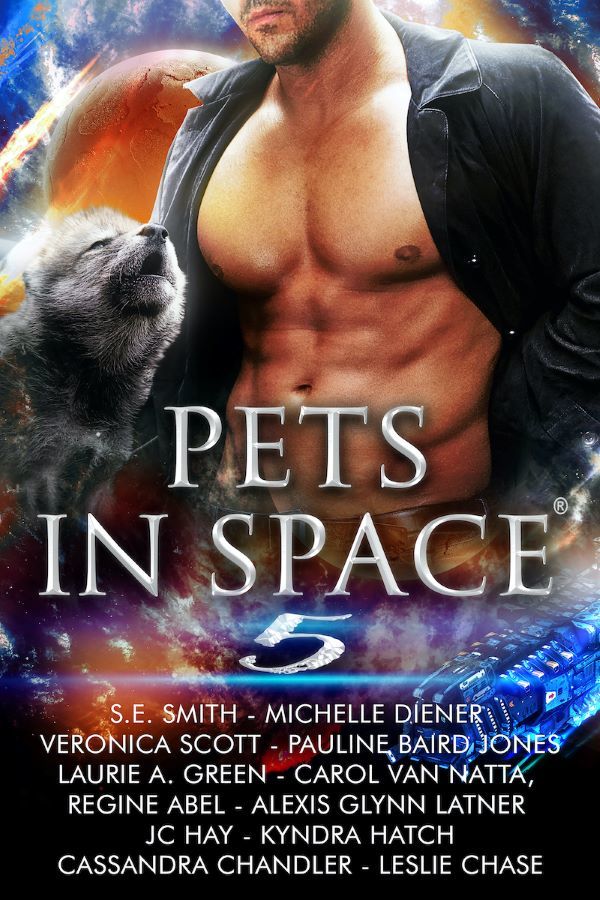 It’s time for an escape!

Pets in Space® 5 is back for the fifth amazing year! Escape to new worlds with twelve of today’s top Science Fiction Romance authors. They have written 12 original, never-before-released stories filled with action, adventure, suspense, humor, and romance that will take you out of this world.

The giving doesn’t stop there. For the fifth year, Pets in Space® will be donating a portion of the first month proceeds to Hero-Dogs.org, a non-profit charity that supports our veterans and First Responders. If you are ready to forget the world around you and make a difference while you are having fun, grab your copy before it’s gone!

My story is The King's Quest, a Dragon Lords of Valdier short story.

Escape with Pets in Space® 5 for the 5th amazing year! Twelve authors, 12 original, never-before-released stories from today’s leading Science Fiction Romance authors. Enjoy hours away from the world and help us make a difference as we continue to support Hero-Dogs.org for the 5th incredible year! Grab your copy today!

A playful trick leads to love for a Goddess, but will the King she falls in love with accept her for who she really is?

When a planetary exploration trip takes a dangerous turn, a human woman and her powerful AI friend will need all their skills to come to the rescue.

She survived the worst interstellar shipping disaster in history as a child but can she survive the RETURN VOYAGE as an adult?

A General is ready for another fight—this time for the woman he loves.

By Laurie A. Green

A security commander must decide if she can trust a mysterious stranger and his bioengineered StarDog when the secret underground site she protects is threatened.

Two military first-responders and an animal team of rescuers are the only hope for saving an entire town when disaster turns deadly.

With time running out, a woman accepts her fate only to find hope in the genetically engineered warrior created by her captors.

A woman’s psychic gift might be the catalyst needed to save the life of the man she loves—in an ancient archaeological site that contains a stupendous discovery.

He craved order and discipline to help his life make sense. She offered him cats instead.

Before The Fall Series

A human’s effort to save a sentient being takes her straight into the path of a Korthan warrior.

The Department of Homeworld Security Series

Falling for an Earthling sends an alien and his adorable, six-legged pet in a tailspin.

An alien pirate and a human find love in the shadow of disaster.