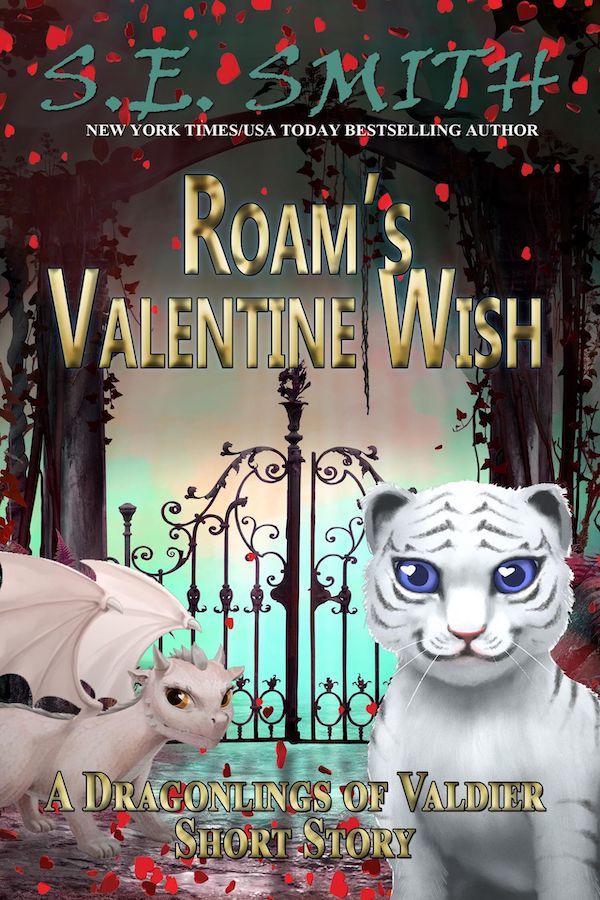 Swirling colors, worried dads, and the Dragonling girls on a mission lead to a very special Valentine’s Day for all!

As the Dragonlings grow older they are discovering that love, laughter, and a few hurt feelings are all a part of growing up.

The Dragonling girls are on a mission, which of course leads to chaos, heart-warming adventures, and our favorite alien dads worrying again!

I hope you enjoy this Valentine’s Day story from the Dragonlings of Valdier and The Worlds of S.E. Smith.

Wishing you all a happy Valentine’s Day!
~Susan

Roam roughly slapped him on the shoulder and grinned. “You know, you wouldn’t be so easy to catch if you’d watch where you were running instead of watching the girls. What’s the matter? Are you afraid they are going to get hurt playing with dolls?” he teased.

Bálint shook his head. “No… I just… It’s just—.” He didn’t know how to explain what he was feeling.

“You aren’t getting sick, are you?” Roam asked, wiggling his nose and taking a step to the side.

“Do you have a tummy ache? Sometimes letting out the gas helps?” Jabir chimed in.

Bálint frowned as the group of boys surrounded him. “I don’t need to fart,” he scowled.

Jabir shrugged. “I’m just saying it helps sometimes. My dad says it is better out than in. Mom tells us to take it outside,” he replied with a serious expression.