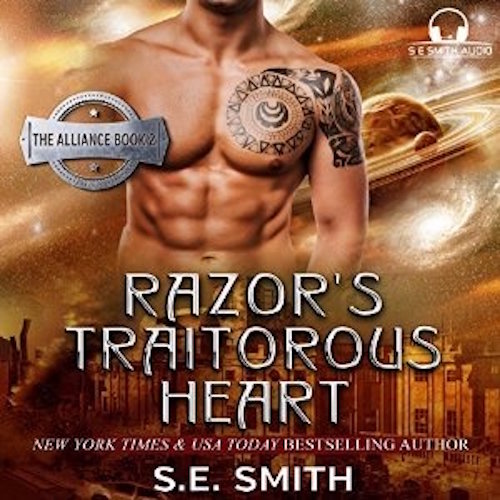 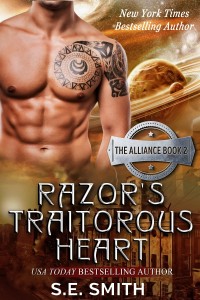 Determined to start fresh, he had ordered a new home be built on property he owned along the beautiful cliffs overlooking the vast emerald green waters of their ocean. It had been difficult but the final construction had been completed this morning.

“We must be going,” Razor called out. “Kali is tired and I wish to get her home before dark.”

“Oh, you’re leaving, Kali?” Taylor said pausing as the comlink pinged on her collar. “Yes? Sure, ten minutes? Great, see you then. Buzz is coming to pick me up. We’ll be back before it gets dark. I want to be here when Jordan and Dagger arrive.”

“Where are you going?” Saber demanded.

Taylor looked at him with a raised eyebrow. For the past two years, he had treated her like she was a child. She wasn’t a child any longer. She was studying Physical Therapy and working at the local medical clinic. Her eyes moved to the cane that he was leaning heavily on. He still refused to do the Physical Therapy that would help him.

A low growl drew her attention back to his face which had turned darker. She could see the rage that always seemed to be simmering under the surface. She missed the Saber of old who used to joke and tease her and the others.

“Buzz is taking me out,” she replied with a shrug as she grabbed her jacket off the back of the kitchen chair and started to walk by him. “We’ve been hanging out on and off.”

Saber put his hand out to stop Taylor from walking past him. He was breathing heavily and a dark regret burned in his eyes. He stared down into Taylor’s flushed upturned face. There was so much he wanted to do and say but he was not the male for her. She deserved a male who was whole. A male could protect her the way she deserved to be protected.

“It is probably the way it should be,” he muttered.

“Why?” Taylor asked softly, ignoring everyone else in the room.

“Because you deserve a male who is whole,” Saber bit out, dropping his arm so she could pass.

Anger glittered in Taylor’s eyes for a moment before it was replaced with a sly grin. She reached down and cupped the front of Saber, ignoring the shocked gasp from her sister and the smothered choked chuckle from Hunter’s mom and dad. She squeezed Saber, empowered by the quick swelling of his cock at her touch.

“I don’t know,” Taylor said thoughtfully, “you feel pretty damn whole to me.”

Without another word, Taylor ran her hand across the bulge in Saber’s pants one more time before she turned and walked out of the front of the house. A feeling of triumph flooded her. He wasn’t immune to her touch and she damn well planned on touching him a lot more.

“Did she just…?” Jesse asked in a choked whispered.

“I think it is time for us to leave,” Razor muttered.

Kali’s eyes glittered with a touch of mischief as she brushed her hand across the front of Razor. Yep, he wasn’t immune to her touch either.