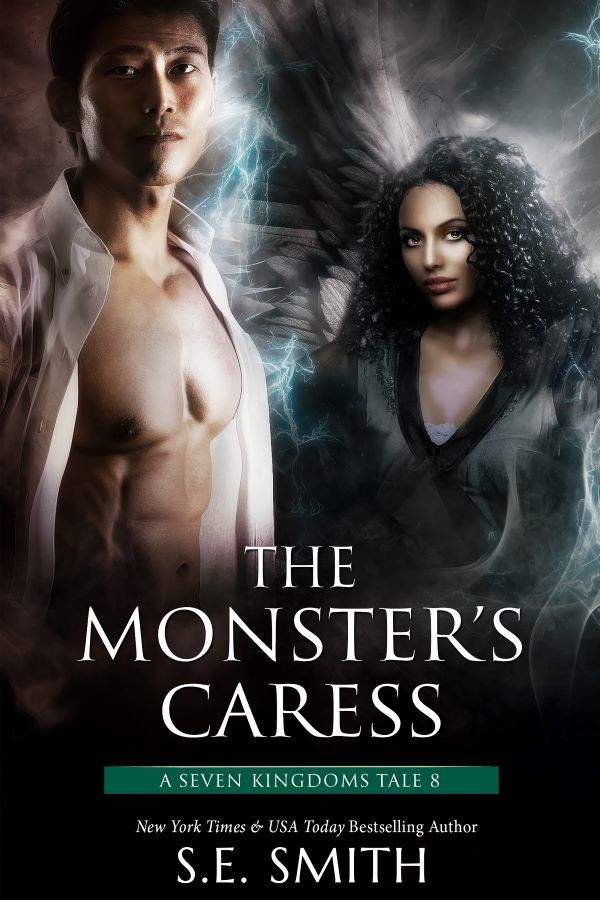 CIA agent Asahi Tanaka grew up hearing tales from his grandfather about a mysterious realm where magic and monsters are real. His quest for answers takes him back to Yachats, Oregon, his childhood home. His personal investigation of a series of disappearances leads to a break in the case, and he finds himself in a strange but eerily familiar world.

Nali, Empress of the Monsters, will do anything to protect the creatures under her care. When one of her fabled Sea Stags washes ashore grievously injured, she knows that the last of the alien organisms that came to her world has made it to her kingdom. Her search for the alien leads to an unexpected discovery—another visitor, this one from Earth!

A perilous journey to find the malevolent alien takes Nali and Asahi across the Isle of the Monsters, leading them to a discovery that changes their perceptions and makes them reexamine their place in the universe. Will the magic that sparks between these two warriors from different worlds be enough to destroy the threat, or will one have to be sacrificed to save not only the Seven Kingdoms but Earth as well?

Internationally acclaimed S.E. Smith presents a new action-packed story full of adventure and romance. Brimming with her signature humor, vivid scenes, and beloved characters, this book is sure to be another fan favorite!

Asahi roused suddenly from unconsciousness. He frowned when he saw a canopy of unfamiliar trees above him, not the expected Oregon sky. He curled his fingers, noting that instead of beach sand, he touched soft moss. Bright, alien colors filled his field of vision.

He slowly analyzed the surrounding area before he forced his body to move. Asahi quickly discovered sitting up wasn’t easy with the world spinning around him. He tilted forward and rested his forehead on his knees as black dots swam through his vision.

He focused on his breathing, taking deep breaths and releasing them. Once he was confident that he wouldn’t pass out, he lifted his head and looked around the area. It didn’t take him long to confirm his suspicion that he was no longer on the beach in Yachats State Park—or on Earth.

He pushed up off the ground, staggering when a wave of dizziness hit him again. He bent forward, resting his hands on his thighs, and waited for his surroundings to cease spinning. It took several minutes of deep breathing before he was steady enough to stand upright.

The spell had worked. He stood in a forest now. Tall trees, many the size of Redwoods and Sequoias back on Earth, were towering over him. Unlike the trees back home, these had long spiraling branches with dark blood-red leaves that grew upward and branched out in huge sections. Their darker red trunks looked like dozens of smaller trees had twined around each other as they grew. The overall effect was breathtaking—and definitely alien.

He had made it to the world of the Seven Kingdoms. However, it seemed that Ruth was not with him. Magna, a former Seven Kingdoms’ resident, had given the spell to Ruth, and she had been the one to invoke it, but it was undeniable that Asahi stood here alone.