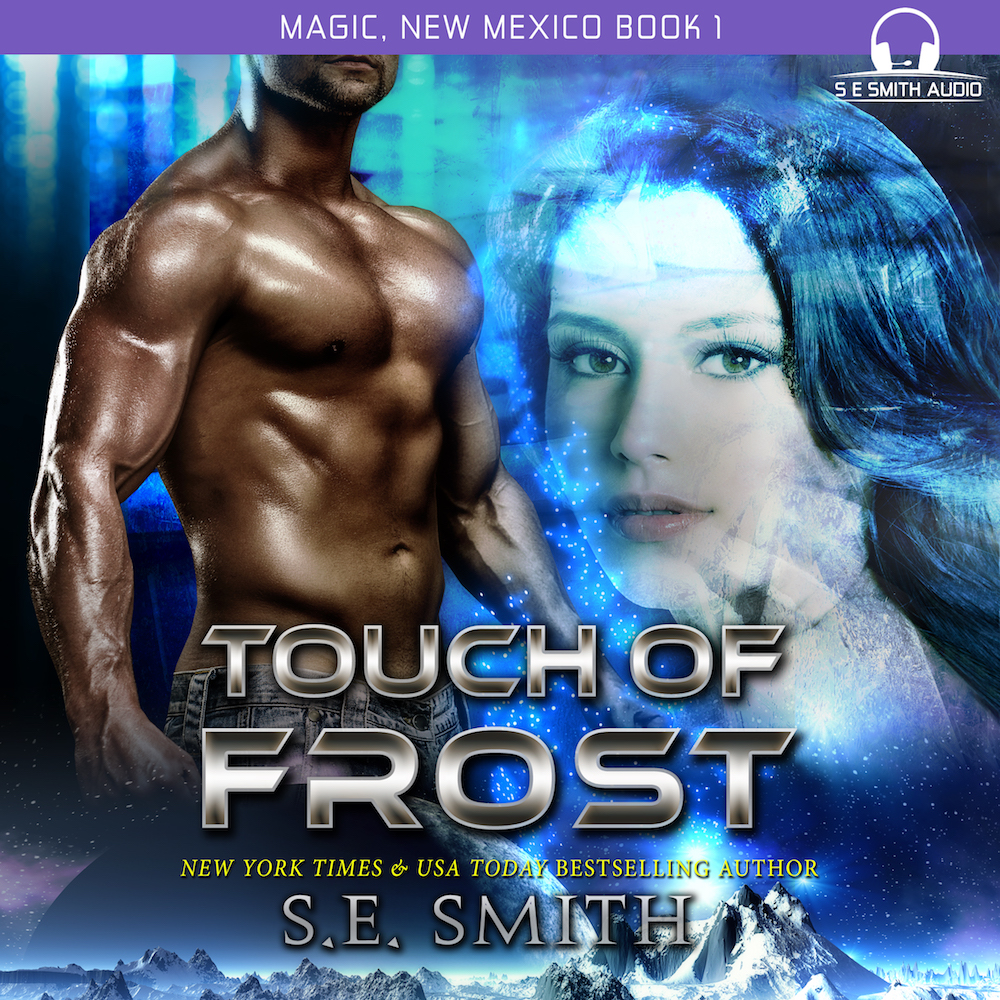 Lacey Adams lives in the small town of Magic, New Mexico. Frost is a Star Ranger. He travels the star systems bringing intergalactic fugitives to justice. When a maximum-security fugitive escapes, he is sent after him to a distant forbidden planet called Earth. Things become complicated when Frost discovers his heart is not as frozen as he thought when Lacey is taken hostage by the fugitive he seeks. What he doesn’t anticipate is her unexpected resistance – both with the fugitive and with him.

Lacey Adams lives in the small town of Magic, New Mexico where she devotes herself to the animals at her Touch of Magic Animal Shelter. The strange assortment of animals helps heal the pain and loneliness inside her since the death of her husband three years before.

Frost is a Star Ranger. He travels the star systems bringing intergalactic fugitives to justice. When a maximum-security fugitive escapes from the mining prison, he is sent after him. Only this time, the fugitive has violated a major law… he has traveled to a distant forbidden planet inhabited by a race that has not mastered space travel yet.

Now, he is in a race to find the fugitive before those on the planet known as Earth discover there are not one, but two aliens on their world. Things become complicated when Frost discovers his heart is not as frozen as he thought when a young human female is taken hostage by the fugitive. What he doesn’t anticipate is her unexpected resistance – both with the fugitive and with him.

Frost is forced to make a decision that is guaranteed to put him on the most wanted list when he follows his heart and kidnaps Lacey. He knows that some things are worth the risk. What he doesn’t know is that Lacey has a few secrets of her own.

Frost stood frozen in disbelief watching as the woman lowered the golden mammal in her arms to the ground before she grabbed a small, clear container off the floor. With another series of mumbled words, the contents of the container disappeared. When she finally stood straight again, she was holding the container between the palms of her hands with a look of disgust on her face. Inside was a miniature replica of Taar, now only about five inches high.

His throat worked up and down as the female turned her heated gaze on him. He started to stumble backwards when she took a step toward him, her eyes glittering in determination. His vision blurred as she waved her hand at him. Panic gripped him as the world began to grow around him. He tried to turn on his heel, but found he was unable to move as trillions of sparkling lights danced around him for several long, eternal seconds.

His eyes closed as he fought with his frozen muscles, trying to get them to obey him. When he opened his eyes, the golden mammal was looking at him, nose to nose. He grimaced when a pink tongue swept out to lick the fur covering his face.

Fur! I don’t have… Frost thought for a brief moment before his eyes lit on the reflection in the smoky glass of what looked like a cooking device. With a tentative hop forward, he gazed at his reflection. I… I… His brain rebelled at the same time as he felt a firm, but gentle hand, grab him by the back of his neck and lift him. I have long ears! He thought before his mind shut down and he slipped into an exhausted slumber as soothing words washed over him.

“Lacey, what the hell do you want me to do with a rabbit?” Theo asked in exasperation as he studied the slumbering bunny. “Make a stew out of it?”

Lacey sighed. She didn’t know what to do. Technically, the rabbit, aka male intruder, hadn’t been the one to threaten her. In fact, it was as if he was trying to protect her, which was totally ridiculous as she could protect herself from most things not that the man would have known that.