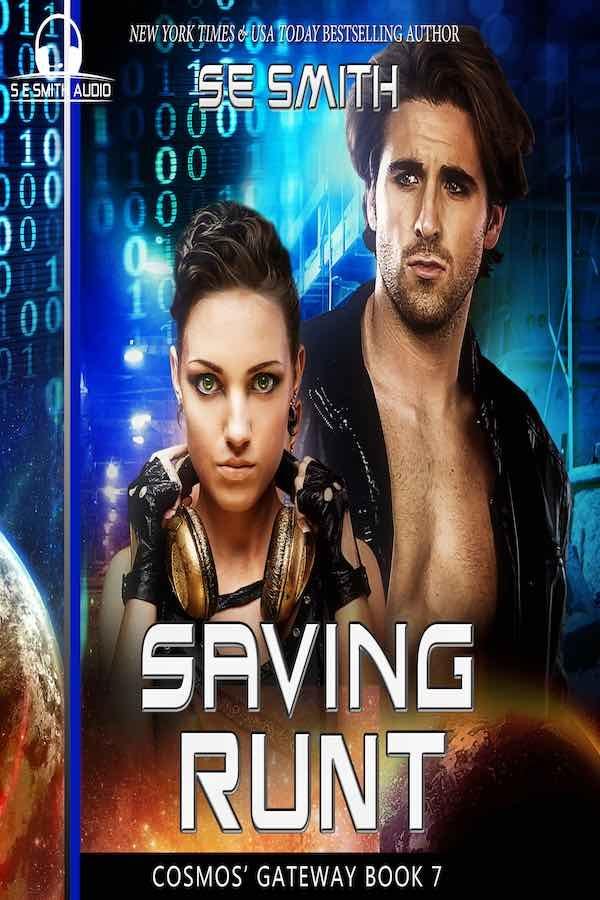 Can a Prime warrior protect the reclusive hacker whose touch leaves the mark of their bond on them, or will he lose her to the criminal mind who, if he can’t use her, will kill her to safeguard his power?

Amelia ‘Runt’ Thomas’ life revolves around a dangerous game of cat and mouse with the most ruthless criminals in the world. She follows two codes: the code of hackers and her personal code of honor to bring down anyone who thinks they’re untouchable. She is on target until one fateful night when the touch of a strange man sends an unexpected shock wave through her. Now, the faint whispers in her head are growing louder and more annoying… distracting her from her mission.

Derik ‘Tag Krell Manok’s search for the mysterious woman who changed his life nearly two years before is finally over. As a Prime warrior from another world, he knew the moment he touched Amelia that she was his bond-mate. Now he’s found her again, and as their connection grows, so does Derik’s fear that he will be unable to keep Amelia safe from her enemies….

Internationally acclaimed S.E. Smith has done it again! A paranormal sci-fi crime thriller with a strong romantic core and your favorite characters.

"Amelia… I will find you one way or another. If you tell me where you are, it will make life less complicated", Derik replied.
"Life is always complicated, get used to it. And my name is Runt, alien. In case you haven’t figured it out, you are annoying me. I’ll only tell you this once more—Go away!" she replied.

"I am not going away, at least not without you. It is time for you to accept your future with me. I will take care of you from now on", he stated.

Silence greeted his comment before he heard a sound that he didn’t recognize at first—her snort of laughter. The sound ricocheted through his head. His surprise changed to chagrin when he received a visual image of her rolling on the floor laughing at him.
He replayed what he’d said and groaned. He probably shouldn’t have been so… ‘bossy’ was what Tilly and RITA would say. If he had learned anything from watching his brothers with their mates, it was to never tell the women what to do. They were far more likely to do the opposite.

“Are you okay?” Robert asked, glancing at him before returning his attention to the road. “You’re not going to be sick, are you?”
“No.” He sighed. “I think I have made my first of what will be many mistakes,” he confessed.