Interview with a Navigator by Laurie A. Green

I am delighted that each author in Pets in Space has agreed to share with us an insight into their story in the anthology and a little bit about why they decided to write for the anthology. Today’s guest is Laurie A. Green.

I’d like to introduce the hero of my Pets in Space story, StarDog, by way of a quick interview. Taro Shall was one of my favorite heroes to write. He’s not a boss or a bad boy. He has no superpowers or psi talent. He’s just an honest, hard-working star navigator who makes an adorable find in a spaceport (and her StarDog is pretty cute too) which critically alters his course. 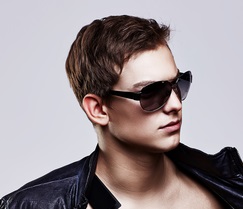 Taro pauses at my office door. He’s classic Tectolian–tall with ebony hair, dark cinnamon eyes and sun-blessed skin, thanks to his ancient Pacific islander ancestry. “You wanted to see me, boss?”

“Right.” Taro squares his shoulders and saunters in, glancing around. “We?”

“Yes. I’m here with your readers.”

“My readers?” He arches a dark eyebrow. “Oh. Well…hi there.” With a guarded wave, he takes his seat. Leaning forward to rest his elbows on his knees, he whispers, “Hey boss, there’s nobody here.”

“If you say so.” He scans the room, looking skeptical. “K, then. I guess you can fire when ready.”

“Why don’t you first tell us a little about your background.”

“Not really much to tell. And it’s pretty much already in my story.”

“Always the minimalist, aren’t you? I think you’re referring to this…”

“Citizen of Tectol. Graduated Tectolian Academy as a certified Navigator, ID 7456392. Registered as a nav for the Clearsky, Baddinger, Blue Darley, and Tahanna, all registered out of Tectol, the Viebold out of Parol. A half-calendar gap in service after that.”

“They didn’t mention you were third in your class at academy.”

He gives a subtle shrug and a sly smile. “Never was much for speeches.”

“Let’s take a look at your history. After serving as nav on five different vessels, why is your service log blank for the last half calendar? For our audience, that would be six months.”

He straightens, running his hand down the sleeve of his black flightsuit. “I got picked up as nav on the Calypso by a captain who prefers to keep her business on the down-low, so no, my service isn’t registered with Universal Flight Authority.”

“And you’re okay with having a big gap in your resumé?”

“What’s so special about the ship?”

“You know I can’t talk about that. And besides…that’s in the story, too.”

“Maybe just give us a few generalities.”

“Hold on. For reference, how does patrol class compare to…say, the Millennium Falcon?”

“So tell us a little more about you. Favorite color? Favorite food? Marital status?”

“Aquamarine. Carduwan sugar pulls.” Taro’s wistful look melts away and he sets his mouth in a thin line. “Terminally single.”

“Care to embellish that last part?”

He eases out his breath. Leaning back, he stretches out long legs and crosses them at the ankle. “Life of a nav. Because we’re always leaving…”

He sits upright when a tone sounds, moving a hand to silence a device clipped to his uniform. “Sorry. Time’s up. Just got recalled. Cap’s readying to fly.”

“I understand. Thanks for taking a few minutes to let readers get to know you better.”

“My pleasure.” Taro gives a parting smile and a casual salute. “See you around the universe.”

Navigator Taro Shall has a mission no one wants – find a way to eradicate snakes on a starship. He never expects to find the answer to his problem in a charming street vendor named Adini. His already unusual mission becomes more complicated when he suddenly acquires an adorable StarDog that soon sweeps him and Adini into the maw of a brewing insurrection.

Laurie A. Green is a three-time RWA Golden Heart® finalist, an award-winning author, and a science fiction romance enthusiast who founded the SFR Brigade community of writers, which is now nearly 900 members strong.

She confesses to being an Andromeda Galaxy groupie and would someday love to own a vacation home on Mars or Titan. She’s enthused to be a part of this wonderful anthology mash-up of two of her favorite things–pets and space.

Her family includes her husband, David, four dogs, three cats and several horses, all who reside on a ranch in beautiful New Mexico. A former military budget director and reserve state trooper, she now spends her time writing, networking, researching, enjoying the Southwestern lifestyle and, naturally, stargazing and daydreaming about other worlds.