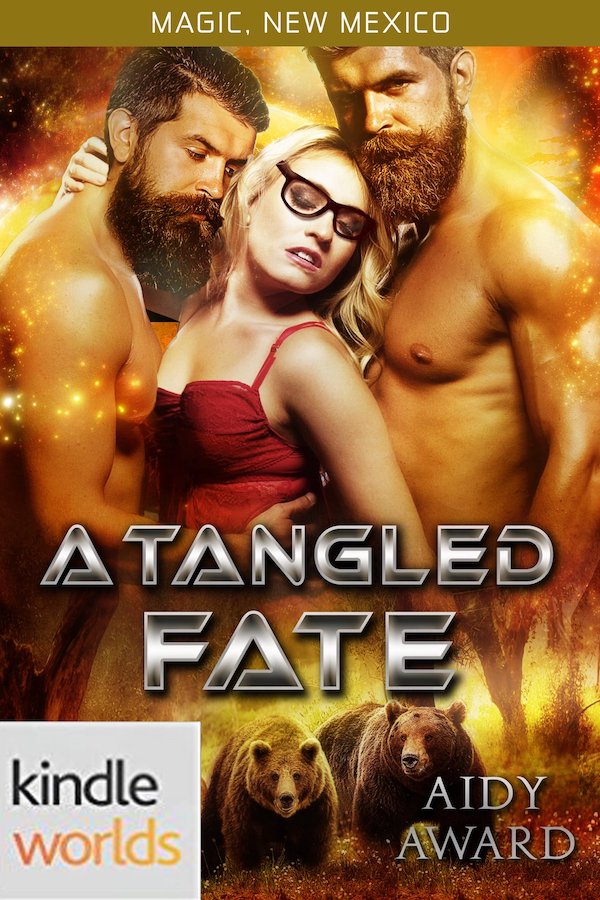 A Tangled Fate by Aidy Award

Save the Geek Girl, Save the Galaxy.

Ash Ayininkalbi has spent her whole life searching for who she is supposed to be. She doesn’t know where she came from, why she can use magic, or why these two mega hot alien bear-shifters have suddenly kidnapped her. But, she does know one thing. Science. Her brains have gotten her out of worse situations than being stuck between two…aliens? bears? supermodels?

Russ and Dunn Barrett need a weapon to defend thousands of innocent lives from the spectral warriors who have been stealing souls throughout the galaxy. They know exactly how to get one.

But, cut off from Star Command, they’ll have to kidnap an Earth scientist and coerce her into making it for them. That task becomes doubly hard when the curvy, lick-worthy scientist turns out to be both a witch with erratic powers and their fated mate. When the spectral scourge attacks, these twin bear-shifter warriors will have to choose, save their soul mate, or save the universe.