Grandma Pearl and Her Mob of Emus 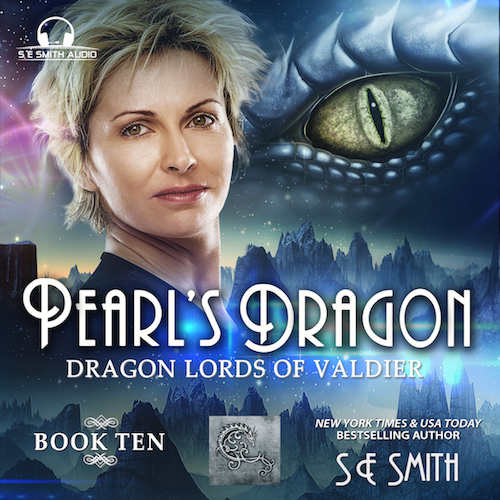 It is funny how some things just come to you. I knew it was time to write Grandma Pearl’s story and I needed a pet that could capture the heart of a dragonling yet fight beside a warrior. I found that in my mob of emus.

They often say write about something you know. Well, I’m no expert on emus, but it helps that we pass by a friend’s house that raises them. The stories Tom has told us about his attempts to raise emus for meat which quickly turned to them all having names and being pets has amused me for years. When I wrote The Dragonlings’ Very Special Valentine and The Great Easter Bunny Hunt, I knew I not only had to write Pearl’s story, I also needed to include the very unusual eggs that were brought back to Valdier from Earth.

Pearl’s Dragon brings all the characteristics I love about science fiction romance into a wonderful story of love, hope, action, adventure and more than a few laughs as she and Asim learn that life when you are older can be very, very fun!

In Pearl’s Dragon, we get to meet the unlikely heroes who are as protective of their dragon friends as the dragons are of them. A clutch of eggs from Earth, a misunderstanding, love between an old dragon and his true mate, a couple of mischievous younglings, poachers, and a lesson in how to be the perfect mate come together in Pearl’s Dragon: Dragon Lords of Valdier Book 10.

Excerpt from Pearl’s Dragon:
“Three and a half months old and they are already a pain in my backside,” Asim growled.
“You know you love them,” Pearl teased, rubbing the head of one of the emus.
“They love you. They follow you around like that damn chicken of Tina’s follows her. I swear there is something wrong with the creatures on your world,” Asim grumbled.
“Well, I’m not the only one they bonded with,” Pearl chuckled, watching another emu tilt its head to look up at Asim.

Blurb:
Asim Kemark has lived a long, lonely life. It is only his pledge to his former king and to Mandra Reykill that keeps him, his dragon, and his symbiot from going crazy. He has given up on ever finding his true mate and devotes himself to caring for the wide assortment of creatures on Mandra and Ariel’s mountain retreat. The last thing he expects when he visits the palace is to lose control of his dragon and his symbiot when they sense their true mate. Before he knows it, he has kidnapped her!

Pearl St. Claire is enjoying a new adventure – learning to live on an alien planet. As a mature woman in her sixties, she thought she had experienced just about everything life could throw at her – only to discover she really hasn’t experienced anything yet! She is both amused and exasperated when one of the dragon-shifting aliens kidnaps her, believing she is his true mate.

Life is no longer boring or lonely as Asim courts the spirited human woman who has enchanted him, but he isn’t the only one who has noticed Pearl or the unusual animals under his care. When poachers attack, determined to steal the exotic creatures under his protection – including Pearl and a new clutch of alien eggs from Earth – he will do everything he can to protect them. Can one dragon keep the most precious creatures under his care safe, or will he lose the biggest battle of his life?

The Great Easter Bunny Hunt: A Dragonlings of Valdier short story!
Alien eggs can only mean one thing – an adventure!
A pile of unusual eggs leads to an exciting Easter egg hunt for the kids and the adults alike in this delightful holiday tale. The children must work together to recover Jabir’s coveted eggs after the Great Easter Bunny is caught taking them away. Can the Dragonlings and their besties save the day?