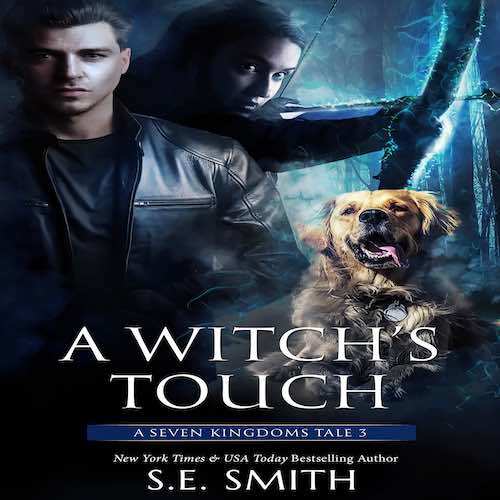 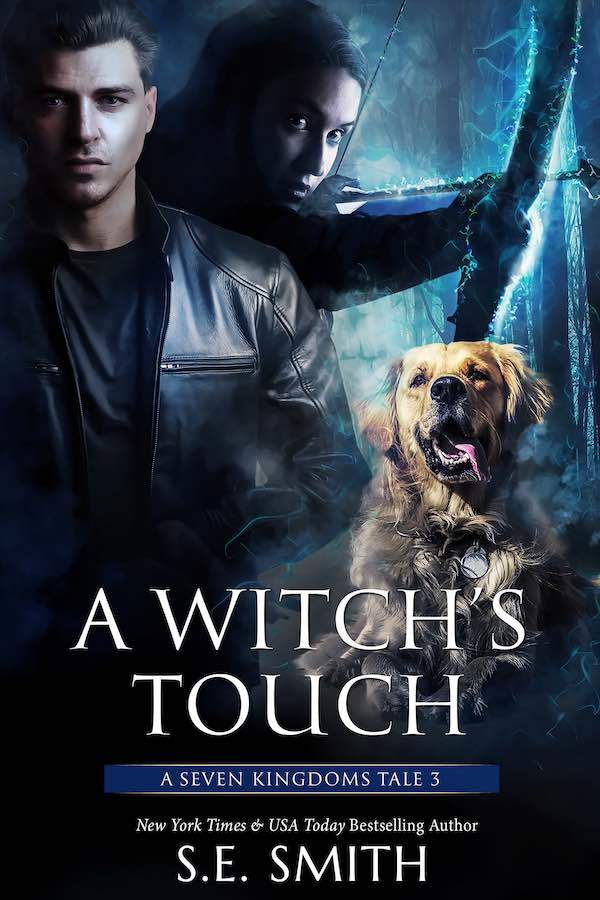 A detective searching for two missing women discovers more than he expects when he steps through a magical portal and saves the life of a woman from another world.

As the darkness spreads, help comes when she needs it the most…

Marina Fae never considered herself a powerful witch or dreamed that she would one day be a warrior fighting to save her people. Her life changes when the Sea Witch’s dark magic sweeps across the Isle of Magic, turning those who resist or cannot escape to stone. Finding refuge in the dense mountain forest, Marina fights to protect the children left behind by Magna’s wave of destruction.

Detective Mike Hallbrook’s search for two women who disappeared in Yachats State Park takes an unexpected turn. He soon finds himself on an unfamiliar beach after rescuing a woman being attacked by a creature straight out of a horror movie. Stunned by the wild tale she tells him and the evidence surrounding them, he soon learns that everything she says is true—magic does exist—and that he is no longer on Earth. Marina’s pleas for help are impossible for Mike to ignore, and he knows he will do whatever he can to help save her people.

Marina and Mike must work together to save the Isle of Magic. As the Sea Witch’s evil spreads, they know they cannot stop her alone. With the help of the Dragon King and the King of the Sea People, they will confront the Sea Witch once and for all. But, what happens when they discover a darker entity hidden beneath—an entity that can only be stopped by the person they are trying to kill?

“Hey, Mike. What’ll you be having?” Dorothy asked from behind the bar.
“Two eggs over medium, bacon, hash browns, and whole wheat… and a coffee,” Mike replied before turning his attention to Ross.
Ross picked up his fork and stabbed at the scrambled eggs on his plate. Ross was about the same age as him, with a stocky, muscular body and dark shaggy hair that was as wild as Ross’s reputation. Mike sat back in his seat when Dorothy brought his coffee out.
“Thank you,” Mike said with an appreciative smile.
“No problem. More coffee, Ross?” Dorothy asked.
Ross grunted and pushed his cup closer to the coffee pot that Dorothy was holding. He muttered a thanks under his breath. Mike sat forward when Dorothy walked off. He cradled his coffee cup between his hands, staring at the dark black liquid.
“I told you, I didn’t do anything,” Ross finally said.
“I know,” Mike replied.
Ross lifted his head and studied Mike’s face for a moment before he resumed eating his breakfast. “So, why are you here then?” he asked in a blunt tone.
“I was hungry,” Mike replied.
Ross shot him a look that told Mike he didn’t believe him. Amusement swept through Mike when he thought of what Ross’s expression would be like if he asked the man if he’d ever seen any aliens hanging around. As much as he wanted to dismiss Tanaka’s visit as being a ludicrous joke, he couldn’t. The man had been far too serious.