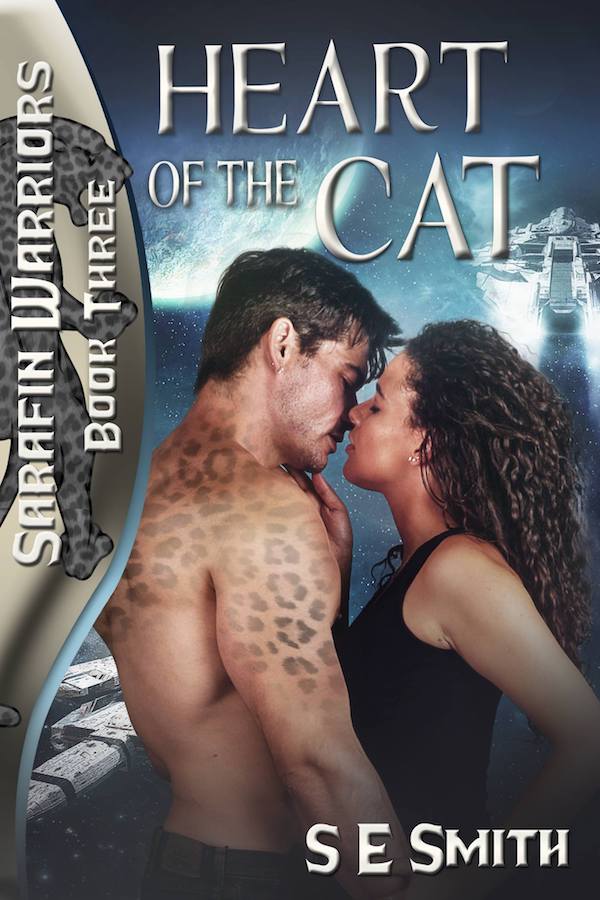 Heart of the Cat

Assassins, traitors, and a goddess with a guiding hand culminate in more than one life-threatening secret….

Prince Walkyr d’Rojah’s mission is to find an ancient artifact known as the Heart of the Cat, a revered gem that holds the mystical power that connects his people with their cat-form. He isn’t the only one searching for the Heart. A secret sect determined to overthrow the royal families wants the power contained in the gem, and they are willing to do whatever it takes to obtain it.Trescina Bukov’s affinity and ability to care for large cats has taken her all over the world. A frantic call from a rescue group compels her to fly to Wyoming in the western part of the United States. She is stunned when she discovers the injured leopard is more than he seems.Walkyr is shocked when the human female caring for him connects with his leopard—and recognizes who he is. Now, he has to contend with the assassins who followed him, his leopard who wants to claim the woman, and find out why all the clues in his search for the Heart of the Cat are pointing to a planet so far from home.When Walkyr discovers the secret that Trescina has been hiding, he is forced to make a difficult decision: let her go, or kidnap her and return with her to his world. Can Walkyr convince Trescina that their lives are bound in more ways than one or will she flee, taking her secret—and the future of the Sarafin species—with her?

“What… kind of tea do you like?” she mumbled, reaching for the Taser and stepping back a little.She didn’t miss the way he stiffened—or the way he forced his body to relax. She watched as he placed both hands flat on the bar before he slid onto one of the bar seats. The click of the electric kettle sounded loud in the quiet room.“I’ll let you choose. I’m not familiar with the plants on this world, though Riley said something about eating certain mushroom or a five-leaf plant called marijuana might help me chill out. I am still trying to understand how a fungus or a leaf plant can cause my body to become cold,” he stated with a perplexed expression.She released a stifled giggle that sounded more like a snort. She shook her head at him and reached for some peppermint green tea. The amusement grew when he leaned forward to curiously watch what she was doing. She carefully placed the hot mug on the bar before she stepped back and picked up her own mug.“Well, you’ll have to settle for something a little less… calming,” she informed him before she studied his face. “You have spots.”