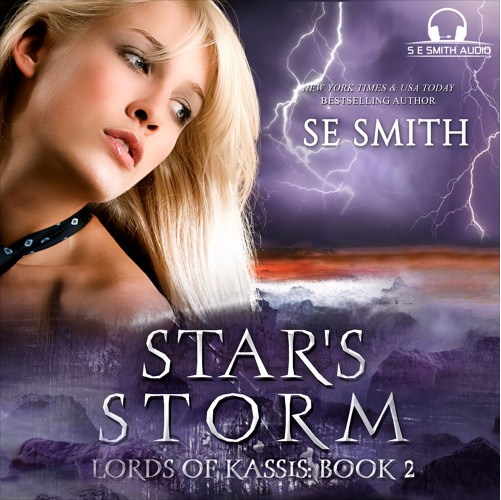 Star Strauss loves the freedom of being an aerial circus performer. Her life changes when she finds herself on a distant world. Jazin Ja Kel Coradon is known for his skills as a fierce warrior and protector. His life changes when he meets a tiny delicate creature who defies him at every turn and doesn’t seem to understand that all he wants to do is protect her.

Star Strauss has always been a fighter. From the time she was born prematurely to her life on the road as a circus performer. She has never let her small stature keep her from achieving her dreams. She is one of the best aerial performers in the world. Her love of being up high and flying free has helped her overcome the challenges she faces when she is on the ground. Only her circus family, her sister, and her best friend have ever really understood her need for freedom. Her life changes when she finds herself on a distant world where every creature seems to tower over her.

Jazin Ja Kel Coradon is the third son of the ruling House of Kassis. He is known not only for his skills as a fierce warrior but for his knowledge of communication, security, and weapons systems. This knowledge has increased the effectiveness of the Kassis defenses protecting their world from attack from a new group of rebels who threaten their very existence. He will fight until his last breath to protect his people.

His life changes when he meets a tiny creature who is unlike anything he has ever seen. She is tiny, delicate, and beautiful. The problem is she is also the strongest, most stubborn female he has ever met. She refuses to do what he tells her, she defies him at every turn, and doesn’t seem to understand that all he wants to do is protect her. If he could just get her to stay in the nice safe bubble he has created for her, his life would be so much simpler!

“Either an apparition with glowing amber eyes just walked into my cell or the Gods have sent me a savior,” a hoarse whisper sounded in the darkness.

Jarmen grinned and lifted the cloak from his head. His dark amber eyes glowed with an eerie light in the darkness. “Neither, my friend. Just a monster to keep you company.”

Jazin’s dry chuckle hurt so much he drew in a breath until the pain faded. “Don’t make me laugh, Jar. It hurts too damn much.”

Jarmen moved silently closer to where Jazin was sitting up against the back wall. He held out a small container of water and a power vitamin. He turned and sank down on the cold floor next to his friend. He didn’t say anything for several minutes while Jazin drank the water and took the small capsule.

“So, what’s the plan? How did you know where I was?” Jazin asked in a slightly stronger voice. “And do you have any more pain patches? I hurt so bad I can hardly think.”