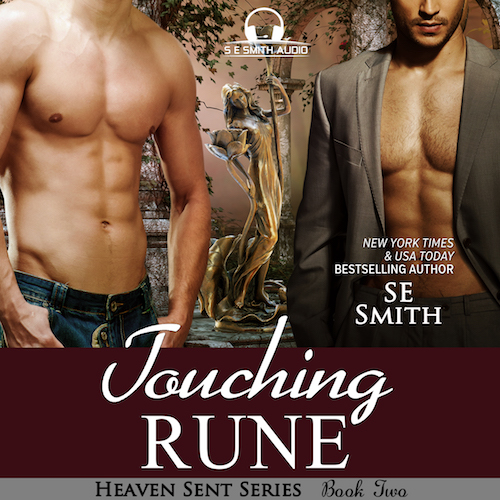 Living time after time, Rune August watches over her precious orphans as the beloved statue in their garden. When Sergei Vasiliev and Dimitri Mihailov buy her statue, can she warm the hearts of two bitter, scarred men before the last petal falls from the Christmas rose or will she be destined to love them from afar?

Rune August embraces her life in New York City in 1894. She has lived again and again through many different time periods but has never found tranquility until she walked into St. Agnes Home for Orphans. In her heart, she believes she has found a place she can call home. She will do everything she can to give the children in the orphanage a better life.

When a developer sets his sights on the property she and the children call home, she doesn’t hesitate to fight back – and win. But that win comes at a terrible price... her life... casting her once again into the shadows.

Refusing to leave the children unprotected, she watches over and protects them in a different form... as the beloved statue in their center garden. But her time as the children’s guardian angel draws to a close when the orphanage is renovated. Rune finds herself packed away and sold. Her new home is now far away from the familiar streets of New York and the children she loves.

Sergei Vasiliev and his best friend and bodyguard, Dimitri Mihailov, run one of the most powerful computer software development companies in the world. Both men carry deep scars from their life on the streets and from living in the world of the ultra- rich. Sergei knows men want him for his power and women want him for his money. Dimitri knows that some men and women would do anything to gain the secrets their company is developing.

(Warning: This is a ménage romance between one determined and unlikely Viking guardian angel and the two Russian men who discover what it means to have a family).

“We could break you into tiny pieces and scatter your remains across half of Russia, and no one, and I mean no one, would ever know what happened to you,” he told her in a cold voice.

Rune swallowed over the lump that formed in her throat. She nervously glanced up at Sergei, who stood over her with his arms folded across his chest. Anger flared deep inside when she thought of where she was compared to where she wanted to be. None of this would have happened if they would have just left her in the garden.

Suddenly, she was overwhelmed with grief, anger, and the knowledge that it really didn’t matter anymore. Christmas rose be damned. If she was going to die anyway, why extend it? Hadn’t she said she was tired of being jerked around? What was the worst thing that they could do to her? Kill her?

Been there, done that, she thought furiously.

“Fine! Go ahead,” she growled back, leaning forward until her nose was almost touching his. “Do your worst! I bet I’ve already had it done before. Want to burn me at the stake? I can tell you the best way to do it. Want to stick a knife through my gut? Piece of cake. Want to run a sword through my heart? Already done that too. You want to cut me up, go ahead,” she snarled back in a low voice. “I really don’t give a damn anymore.”

Dimitri sat back on his heels, for once shocked speechless. The fierce determination and the way she spoke made him believe every word she said. She sounded like she knew exactly what it felt like to die. The look in her eye told him she also meant what she said. She didn’t give a damn if he were to snap her neck or cut her heart out.