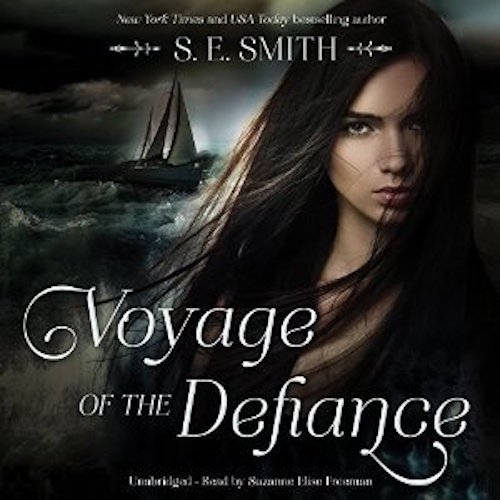 Voyage of the Defiance

Forced to live with a grandfather she doesn't remember, a young girl discovers more about herself and life when she steals his sailboat to return home.

An act of defiance that will either kill her or change her forever...

Sixteen year old Makayla Summerlin enjoyed one thing in her crazy, messed-up existence: hanging with her friends at school. Her life is uprooted when she suddenly finds herself having to live with the grandfather she barely remembers.

Fear, anger, and finally desperation explode inside Makayla when she has trouble adjusting to her new home. One act of defiance changes her forever when she sets sail in her grandfather’s old sailboat in an attempt to return to the life she had before.

In a voyage that threatens not only her life, but that of a surprising stowaway, Makayla discovers there is more to the world around her in a journey that will challenge everything she has ever believed about herself. It will take friendship, hope, and acceptance for her to survive her voyage of defiance.

“What’d you do this time?” Tisha whispered, leaning forward in her seat so that she was closer to Makayla.

Makayla rolled her eyes and scowled at where the English teacher was talking quietly with the principal, Mr. Wallace, at the entrance to the classroom. She knew
the other students were glancing at her as well.

Everyone had heard the principal’s quiet question when he asked if Makayla Summerlin was in the class. She ignored Tisha as she tried to hear what Mrs. Ruiz and the principal were saying. Her stomach dropped when the door opened again behind the principal to reveal the Sheriff’s department School Resource Officer. “Oh, man, you are in deep sh...,” Tisha started to say before she leaned back when Mrs. Ruiz, Mr. Wallace, and the deputy all looked in their direction.

“Miss Summerlin, please come with me,” Mr. Wallace requested, staring at Makayla.
Her eyes swept the room as she entered, noting that only the guidance counselor assigned to her, the principal, and the deputy were there. She shrugged her backpack off and dropped it on the table before sliding onto one of the worn, padded chairs. Mr. Wallace cleared his throat as the deputy closed the door behind him.
Her eyes shifted from one person in the room to the next as a sense of panic began to build deep inside her. She glanced from one person to the other before turning her head when Mrs. Evers reached over and gently touched her hand.

“Makayla, I’m sorry to have to be the one to tell you this, but...,” Alicia Evers paused for a moment before she spoke in a low voice. “It’s your mom...”