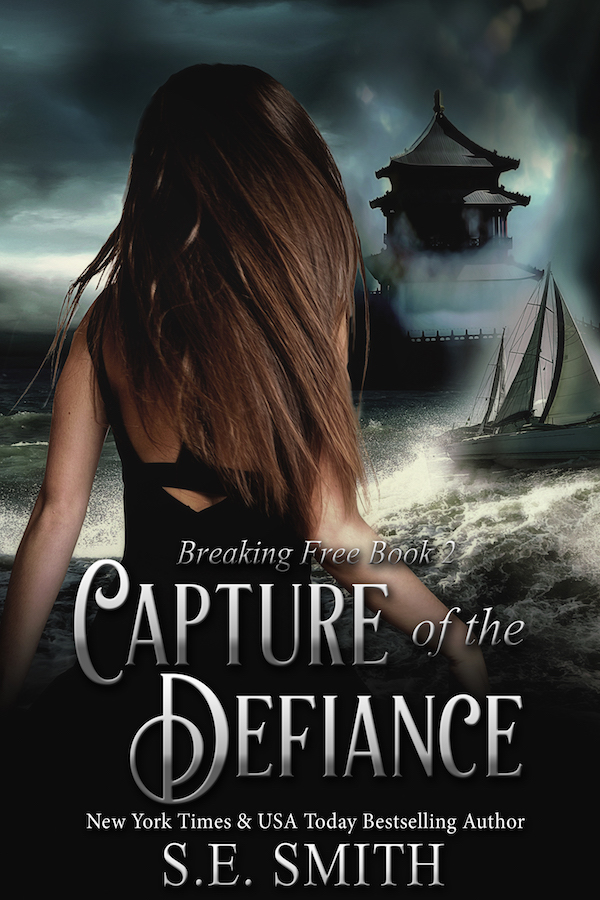 Capture of the Defiance

A young woman seeks the help of a former lover after she is thrust into an international espionage conflict without realizing he is a key player.

Makayla Summerlin is excited to join her grandfather, Henry, in Hong Kong during a college break. She plans to help him sail the next leg of his journey around the world on the Defiance, but events take a frightening turn when her grandfather is kidnapped and the Defiance disappears! Unsure of what to do, Makayla reaches out to an old friend for help.

Brian Jacobs’ work at the Consulate General in Hong Kong is just a stepping-stone for his political career. His life for the foreseeable future is carefully optimized for success, but everything is turned upside down when he receives a frantic call for help from a friend. Their meeting quickly turns to one of survival when Makayla is almost kidnapped in front of him. Seeing Makayla again awakens old feelings inside Brian and he knows he will do everything he can to help her, no matter the cost.

When the situation turns deadly, both Brian and Makayla find unexpected help from another old friend and a Hong Kong detective. Together, the four race to find Henry and protect Makayla. Their efforts to unravel the mystery of why a wealthy crime lord would target Henry and Makayla and to find the Defiance will take them further than they ever expected to go, but will they be able to discover the truth before time runs out for Henry?

Makayla froze on the step leading down into the galley. Her gaze was locked on the scattered items that she had purchased from the market. Her hand trembled on the teak handle that she was holding. Her eyes were on her wet clothes, they had been moved. “Someone’s been here since I left,” she whispered, turning to look at the woman with her. “Things have been moved.” Helen nodded and pulled the gun at her waist. Her gaze moved over the items. She jerked her head toward the bow of the sailboat. “It’s the sleeping area,” Makayla murmured, glancing around. “I had thrown the bags on the bench seats, but all of the items were still in the bags. My clothes I had dropped outside of the head. They were piled up.” “Stay here,” Helen ordered, stepping over the items scattered all over the floor. Makayla watched the detective search the front section of the sailboat. She returned and shook her head. Makayla glanced around the area. “I found blood there,” she said, pointing to the spot near her clothes.

Makayla turned left and walked to the end of the set of tables before stepping behind one and leaning against the rough bricks of the building. She was just on the edge of the window and could see the waitress talking to another worker behind the counter. A chilly breeze of damp mist blew past her and she shivered. She reached into her pocket and pulled out her cell phone to check the time. It was a little after ten o’clock. She slid her hand and the phone back into her pocket to keep it warm and glanced down the street in the direction she thought Brian would come from. Her body stiffened suddenly when she felt a hand wrap around the inside of her arm and something hard pressed against her side. She slowly turned her head until her gaze locked with pair of cold, dark brown eyes. She automatically tried to pull free, but couldn’t when his fingers tightened in warning. “I wouldn’t, Miss Summerlin,” the man remarked in a cool voice. Makayla frowned, anger building up and overriding her fear – anger at the man for hurting Henry – anger at his callous disregard for life – anger that he felt he had the right to harm another. It was misguided, but it was there and she grabbed the emotion with everything she had inside her because she knew if she let the fear take over, then she would be dead. “Where is my grandfather?” She hissed. “What do you want?” The man studied her mutinous face before his eyes narrowed. She lifted her chin, daring him to deny it. For a brief moment, the coldness changed to something else, something that she didn’t understand before it returned. “You,” he replied in a clipped tone before pressing his lips together in a tight, straight line as if he was surprised by his reply. “Great! A pervert on top of being a criminal,” she muttered under her breath with a shake of her head and looked away from him.

Her softly muttered statement both amused Ren Lu and tantalized him. His fingers tightened on her arm and his eyes narrowed in annoyance at the unexpected reaction he had to the woman glaring back at him. This could create an expected problem if he wasn’t careful. Distracted by his thoughts, he didn’t see the car that suddenly swerved up onto the curb. His head turned toward the glare of headlights at the same time as pain exploded through his groin. He released his hold on Makayla’s arm when she jerked her elbow down and pushed against his chest. Ren Lu stumbled back into the shadows just as a man threw open the door to the car and jumped out. He slid further back into the alley when he saw the gun in the man’s hand. Twisting, he disappeared into the darkness.

Makayla reacted instinctively when she saw the car coming. She used the distraction to turn into the man holding her and drove her knee into his groin. She hoped the move would put him on the ground, but it didn’t. It did give her the chance to pull away from him. Placing both hands on his chest, she pushed him away from her before turning toward Brian. She almost stopped when she saw Brian emerge from the car with a gun in his hand. Shocked, she forced her body into motion when he yelled at her to get in the car. A grunt of annoyance escaped her when she started for the wrong side of the car, forgetting in her moment of panic that the driver and passenger side were reversed to the States.